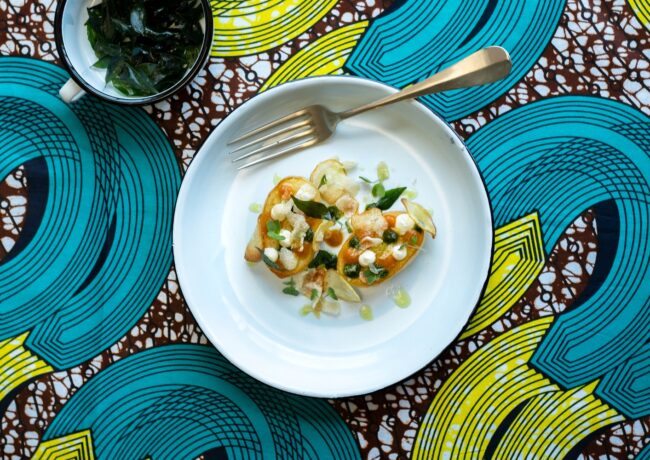 Mmabatho is SA’s next big thing on the international scene

Mmbatho Molefe’s modern Zulu restaurant, Emazulwini, at the V&A Waterfront’s Makers Landing has made waves in the local dining scene. Now the young head chef’s visionary culinary interpretations have scored her a spot on The World’s 50 Best’s 50 Next list.

The second-ever list of 50 Next celebrates 50 people aged 35 and under who are shaping the worldwide gastronomy scene, giving their work recognition on a global stage. Winners from around the world are drawn from the entire food and drink ecosystem and divided into categories: Game-changing Producers, Tech Disruptors, Empowering Educators, Entrepreneurial Creatives, Science Innovators, Hospitality Pioneers and Trailblazing Activists.

Molefe, age 27, attended the awards ceremony on June 24 in Bilbao, Spain, where she joined in an inspirational day of discussions with members. Along with other winners, Molefe got to share her vision “to be an outspoken black woman, to reintroduce indigenous ingredients to the South African diet and to show the beauty of them”.

Emazulwini means “the heavens” in IsiZulu, and opened in 2020 after Molefe lost her job in the restaurant industry due to the pandemic.

“People are prejudiced against offal and I want to show people that if you treat it right, it can taste just as delicious as any other cut of meat. I also want to promote nose to tail dining so that is why it is important for me to champion this sustainable way of eating,” Molefe said.

“Makers Landing is a food space promoting local cuisine and SMMEs and my mentor helped me fund the set-up to share my story as a black, young Zulu woman.” She cooks the food that her mother used to cook back home in KwaZulu-Natal in her youth, albeit in a new way. “My parents always tried to make sure that as family we always spent time together, so when I think of food it is associated with family and being in a group.”

The menu is a seven-course set menu, consisting of dishes such as chicken liver truffe – pate with a dusting of dark chocolate; Ulimi noshatini – ox tongue and variations of tomatoes, and Isijingi – a sweet pumpkin porridge served with orange caramel, roasted pumpkin pieces and a cinnamon tuille.

“I tell myself every morning I am telling my story; my interpretation of what Zulu food is. I hope people embrace it for what it is. We hope to elevate ordinary dishes to the exceptional.”

The recognition comes just weeks after Emazulwini won the African Restaurant of the Year title at the 4th annual Luxe Restaurant Awards.